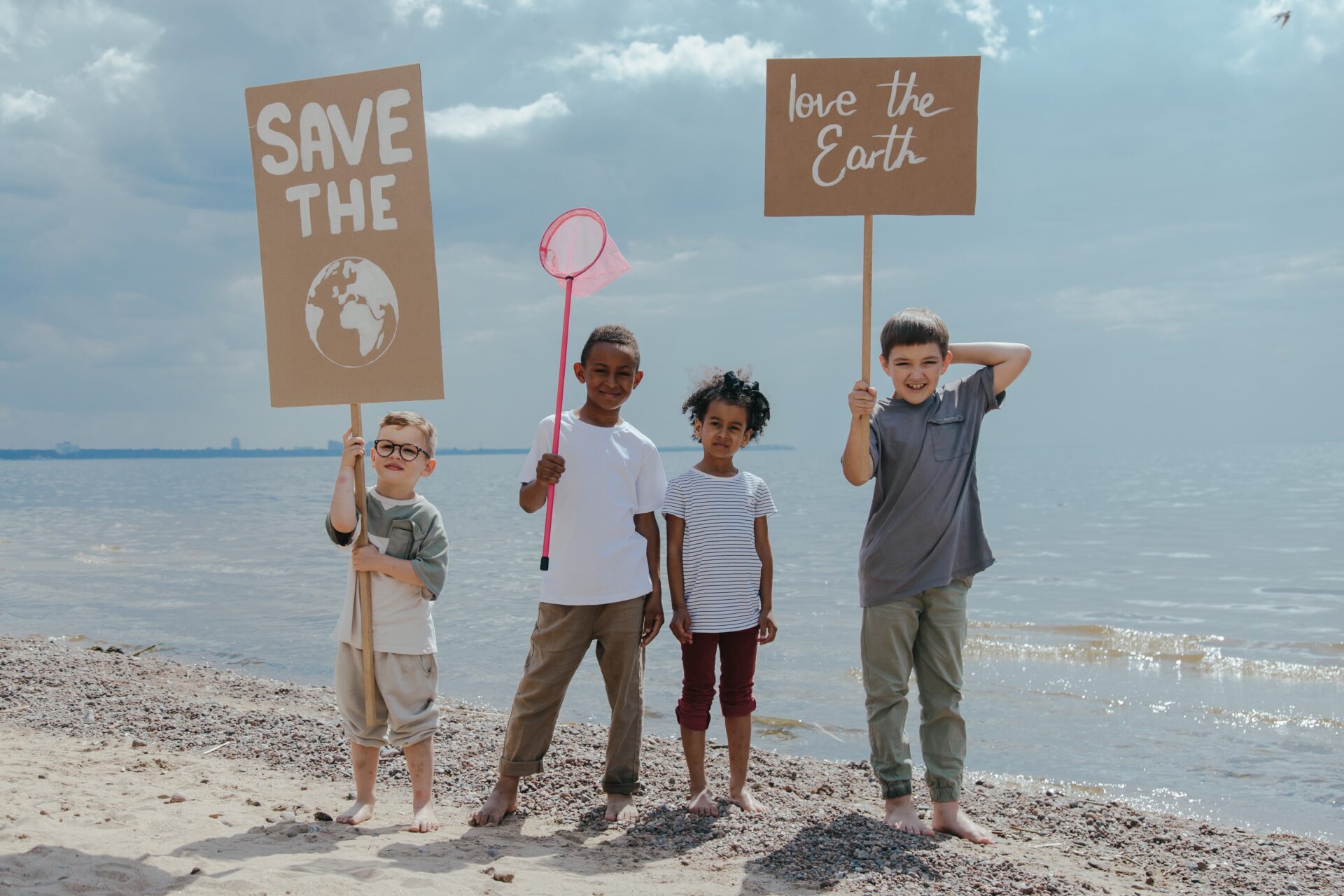 Ambitious. This is a common adjective describing President Biden’s climate change plan. While ensuring a 100 percent clean energy economy and removing all man-made greenhouse emissions by 2050 is no small task, the state of our environment calls for immediate, even ambitious action. Youth in particular are aware of this, and they are taking a stand.

When I say “our environment,” I am referring to the change our global climate is experiencing today. As the economy rebounded from COVID-19 in 2021, carbon emissions rose to 36.3 tonnes, the highest it has ever been. June-August temperatures have reached an all-time high in the past five years. There are about 51 trillion microscopic pieces of plastic in the ocean, which is equivalent to the weight of 1,345 whales. While improvements have taken place, especially in global-scale government legislation and the growing movement of environmental consciousness, there’s still so much we can do in the face of God’s hurting planet.

The public justice model offers a path toward recovery and a harmonious distribution of responsibilities between the government and civil society.

In Genesis 1:28, God delights to give Adam and all subsequent beings the high calling of being his representatives on earth. He does this by telling him to “fill the earth and subdue it.” Then, in Genesis 2:15, God gives him yet another call as a representative to work and keep the garden, mirroring God’s nourishing, creating abilities. He calls Adam to actively serve the garden’s needs while preserving what is already good about it. In the same way, God still calls us, both government representatives and dutiful citizens, to maximize our resources for the care and development of the environment.

What is the government’s role in all of this?

The Center for Public Justice’s Environment Guideline states that the “Government’s responsibility is to ensure that justice is done to the environment as a condition of all economic, technological, and scientific development.” Everyone shares in the environment, thus making the government responsible for legislating laws promoting equal development. One way governments across the world have partnered to improve the environment’s welfare is through the United Nations’ Sustainable Development Goals (SDGs). The SDGs are goals adopted by members of the United Nations for the prosperity of the people and the planet. Every year, the U.N. puts out a report that assesses progress on these goals. Due to COVID-19, the 2022 report showed that global production and consumption escalated, putting us back in the estimated progress. However, given the U.S. environmental progress prior to the pandemic, the SDGs should not be discarded. As an international economic power and one of the top five countries contributing to climate change, the U.S. should embrace the SDGs for environmental advancement. The United States can do this by pressing into the global language, strengthening its bonds with domestic and international stakeholders, and enforcing laws binding to its citizens and beneficial to the global climate. In August of this year, the Inflation Reduction Act was signed into law, the largest investment the U.S. has made on the climate crisis. With $369 billion invested in energy security and climate change programs over the next ten years, the U.S. is already picking up the pace to achieve the Biden Administration’s climate goals.

On the other hand, recently the Supreme Court limited the federal government’s authority to cut carbon emissions. In response, our role as Christian citizens is not to assume authority over the government by trying to ignore its rulings or unlawfully overturn them. Rather, within the public justice model, our role as Christian citizens is to pray for our government authorities and advocate for good environmental policy that will protect creation and keep resources like air and water clean for generations to come.

While there is a mix of opinions about climate change and the best course of action for the US, the voice of a majority of young people has been heard loud and clear. According to a Pew Research survey from 2021, millennials and Gen Zs show greater concern for climate change issues than any other generation. Sixty-seven percent of Gen Z’s reported having discussed the need for action on climate once or twice in the past week, compared to 53 percent in the Gen X generation. Similarly, when asked if they had engaged on social media with content for climate action, 40 percent of millennials said yes, while only 21 percent of boomers or older generations reported in the affirmative. Younger generations believe climate change needs to be prioritized for a more sustainable future; they have rallied around climate issues and are taking action.

If this data on younger generations caring about climate change is all true, how might they use their consciousnesses toward climate change to act? Some ways they’ve already done this is through leading and getting involved with climate justice organizations. Across the world, youth are hosting “climate cafes”  to foster healthy conversation about the environment, sharing resources to protect citizen’s rights, and championing youth-oriented organizations for the well-being of God’s planet.

Addressing climate change is a large task and can be discouraging at times. However, public life is not simply composed of the government and young adults alone, but also nonprofits, churches, businesses and many other organizations; young adults can look at ways to come alongside them in their good work that they are already doing.

Churches provide one example of organizations that have sought to bring greater awareness and action among Christians who are passionate about the environment. In 2015, Pope Francis sent an encyclical letter calling all people to take “swift and unified global action” for environmental degradation. Some churches in the U.S. have whole ministries devoted to creation care or environmental justice like Grace Capital City (GCC). To this day, many churches like GCC are active in teaching, praying and taking action for the state of God’s creation.

Other organizations, such as businesses, are able to take a different approach. For example, Patagonia sees its business as implicated in how the world turns out. By calculating the environmental cost of its clothing and supporting community activism, this environment-conscious store is doing all in its power to reduce carbon emissions.

Nonprofits like UNICEF that see how children can be uniquely affected by negative changes in the environment, seek to equip youth, policymakers, researchers and partners to do their part in the climate crisis.

Youth can donate and give back to churches, businesses and nonprofits like these, recognizing that their work is unique and essential for any change to happen. While it is important to get involved with non-governmental entities, young adults can also challenge other generations in their immediate cultural context. Dutch theologian Abraham Kuyper discussed how God ordained different cultural spheres to fulfill various creational purposes under his divine reign. These cultural spheres include but are not limited to the family, politics, arts, economics and education. In his book “Abraham Kuyper: A Short and Personal Introduction,” Richard Mouw describes Kuyper’s concept of a sphere as one’s “sphere of influence.” Every young person belongs to at least one sphere, thus giving them the influence necessary to maximize their resources and encourage others to work towards caring for creation.

The resources Adam and Eve were tasked with stewarding in the garden pale in comparison to the task we have set before us now. As artists, writers, educators, brothers and daughters within unique cultural spheres, young adults have a plethora of resources to choose from. We should, representing God’s manifold image, maximize our resources of knowledge and care for environmental justice. As Paul reminds his young protegee, Timothy:

“Let no one despise you for your youth, but set the believers an example in speech, in conduct, in love, in faith, in purity” (1 Timothy 4:12, ESV).

Young adults often feel unqualified and inexperienced. Yet, God made it clear that he wants youth to set an example to all other believers, including generations that may initially disagree with their stance. When considering what is at stake in the development of God’s environment, younger generations can take heart when setting an example by using their passion for the environment and their influence within their corresponding spheres.

What are some simple ways youth could get involved in taking care of God’s creation today?

Young leaders can write blog posts on their motivations behind being vegetarian, visit local nursing homes and explain their passion for the environment, and use art to portray their hopeful vision for climate change. Most importantly, as young adults take on these tasks, they should remember that they are not alone in their sphere of influence, but are commissioned and accompanied by God. 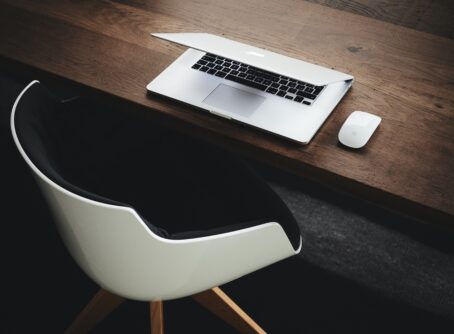 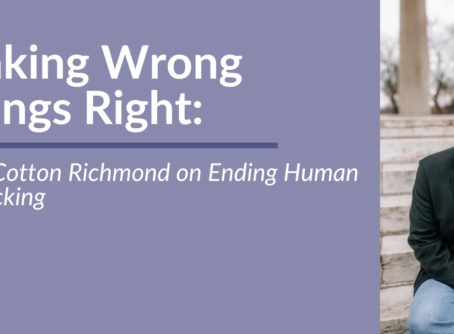 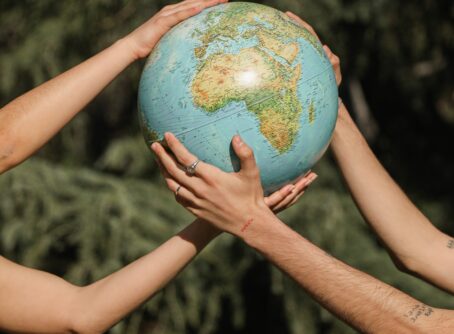