The Center for Public Justice is constantly hosting events ranging from webinars and online conversations to trainings.

Webinar: Will the Senate’s Respect for Marriage Act Protect Churches and Religious Organizations? 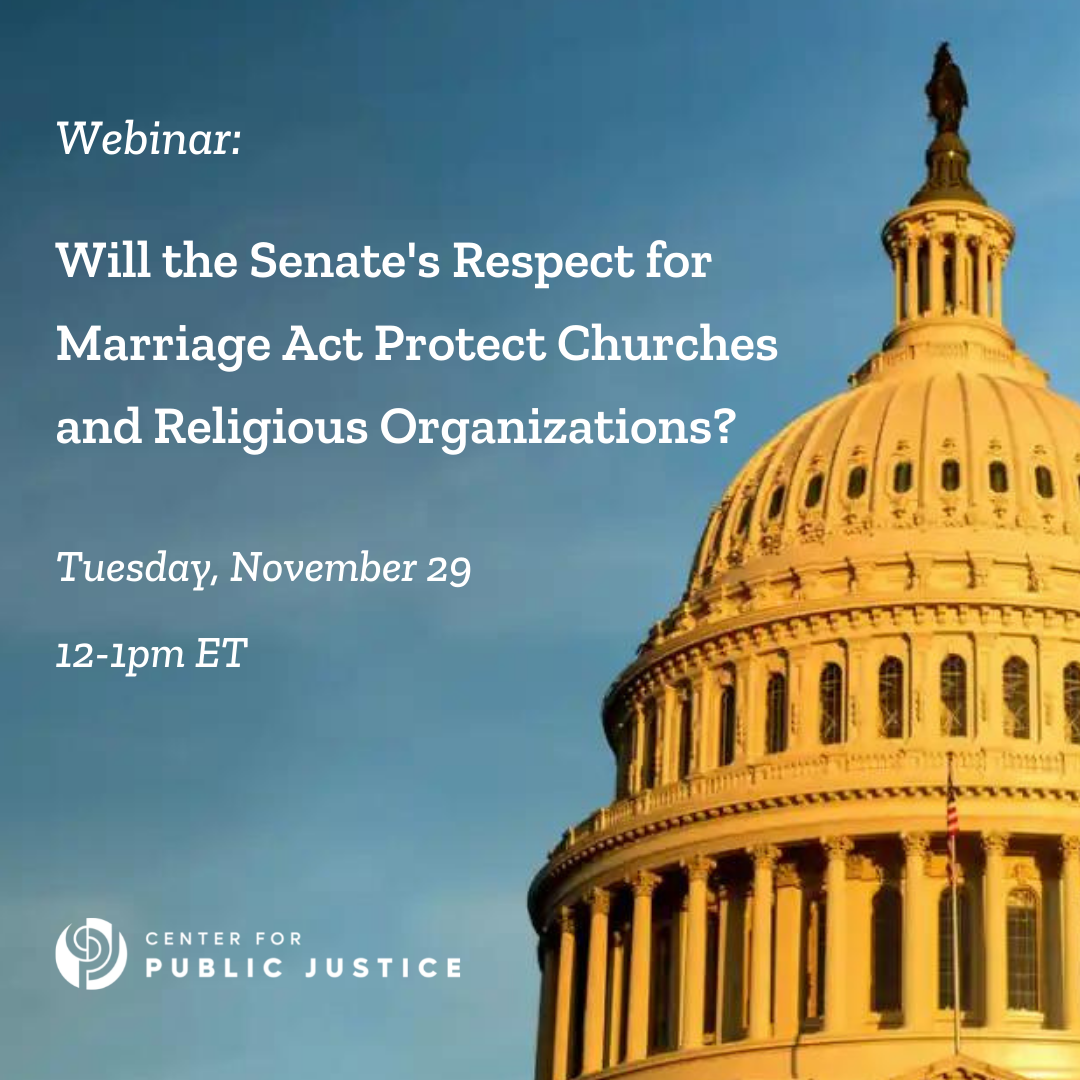 On November 16, the U.S. Senate voted to advance the Respect for Marriage Act (RMA) (H.R. 8404). A second crucial vote is scheduled for November 28. The bipartisan Senate version of the legislation addresses federal and state recognition of same-sex marriages and incorporates multiple religious freedom protections. The bill is expected to pass following the Thanksgiving congressional recess.

The Center for Public Justice and its Institutional Religious Freedom Alliance (IRFA) are holding an informational webinar on Tuesday, November 29, 12:00 pm ET for those interested in learning more about the Respect for Marriage Act and its implications for faith-based organizations and people of faith.

Stanley Carlson-Thies, Senior and Founding Director of IRFA, will discuss the religious freedom provisions the bill offers to those who adhere to the biblical understanding of marriage. Joy Mosely, Council for Christian Colleges & Universities (CCCU) Associate Vice President for Government & Strategic Relations, will share about the implications of the RMA for Christian higher education and Alexander Dushku, a Salt Lake City lawyer who has represented The Church of Jesus Christ of Latter-day Saints in First Amendment cases, will address the key concerns raised by critics of the bill. A Q&A session will follow the conversation moderated by Stephanie Summers, CEO of the Center for Public Justice.